Crooked glasses, balding, lonely and in his late 50s, Sal drags around 65 pounds of gut flap, spare tire and man boobs, that he just doesn’t need. Every flight of stairs he walks up causes him to lose his breath. The short breath combined with a new chest pain, sends him off to see his doctor.

The doctor concerned about cardiac disease, performs a number of tests which makes Sal feel fat, weak and vulnerable. Sal decides for the umpteenth time to swear off sweets, cheese, alcohol and fresh breads. For about a minute his resolve takes hold and he feels it within his grasp. Then, a minute later it slips away as he remembers he has a first date that night and the ugly, inadequate fat feelings return.

On a break between stress tests, Sal finds his favorite remedy to make himself feel better. Historically the cure for all bad feelings has always been the carb addict’s trip to the local patisserie. Barely able to eject himself from the tiny door hole of his low riding sports car, Sal squeezes free and waddles into the bakery for relief.

Gazing at gigantic cupcakes with mountain tops of whipped twisted frosting soothes Sal into a euphoric high. Heavy salivation quench his parched throat. Wide eyes fixate on long eclairs with custard oozing out of the tiny holes on the ends. He could smell the butter wafting from sugar shiny glazed danishes. All sound drones out as his fingers touch the glass guarding stacks of chocolate chunk cookies and every other conceivable cake covered with creamy heaven.

A sixteen year old girl pops her head up from kneeling behind the other side of the display glass. “Can I help you sir?” Her skin is tight, smooth and perfectly rich with caramel color. Her eyes like dark little coffee beans dancing atop round cherub cheeks. Sal turns around and sees he is surrounded by other chubby men and women waiting for the girl to dispense their fix.

She’s only there for the summer and will escape the public eye in the fall when she returns to school. On the rare weekends when she doesn’t serve obsession at the bake shop,  she goes to the beach with her family and looks forward to wrestling with her brother at the foot of the gulf. 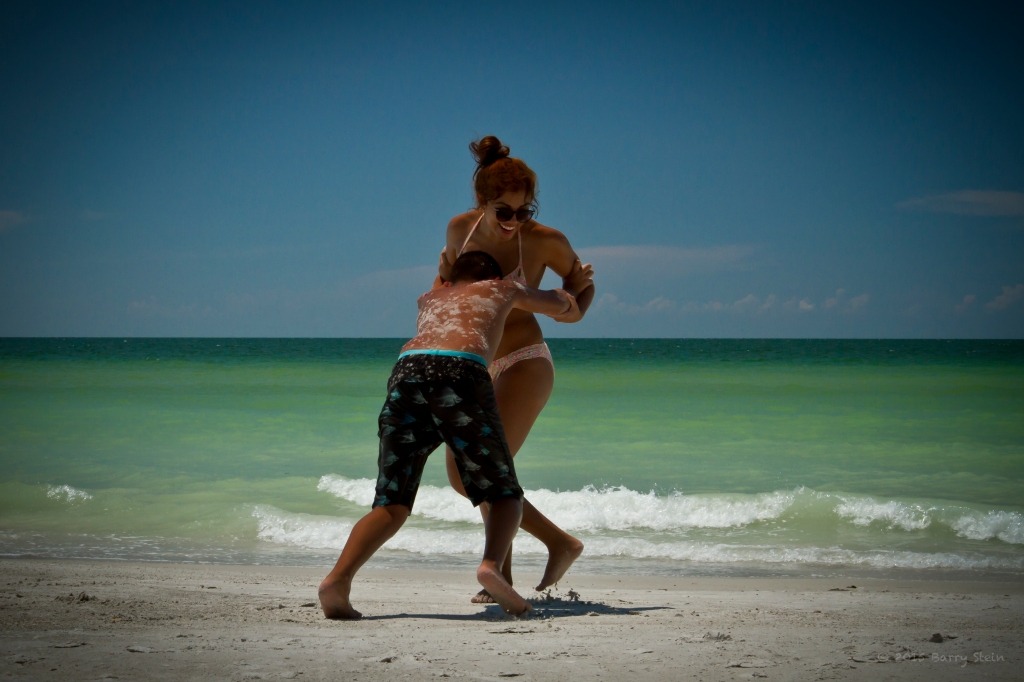 Most days she rides her bicycle to the bakery but these days she must walk due to an unexpected flat tire. 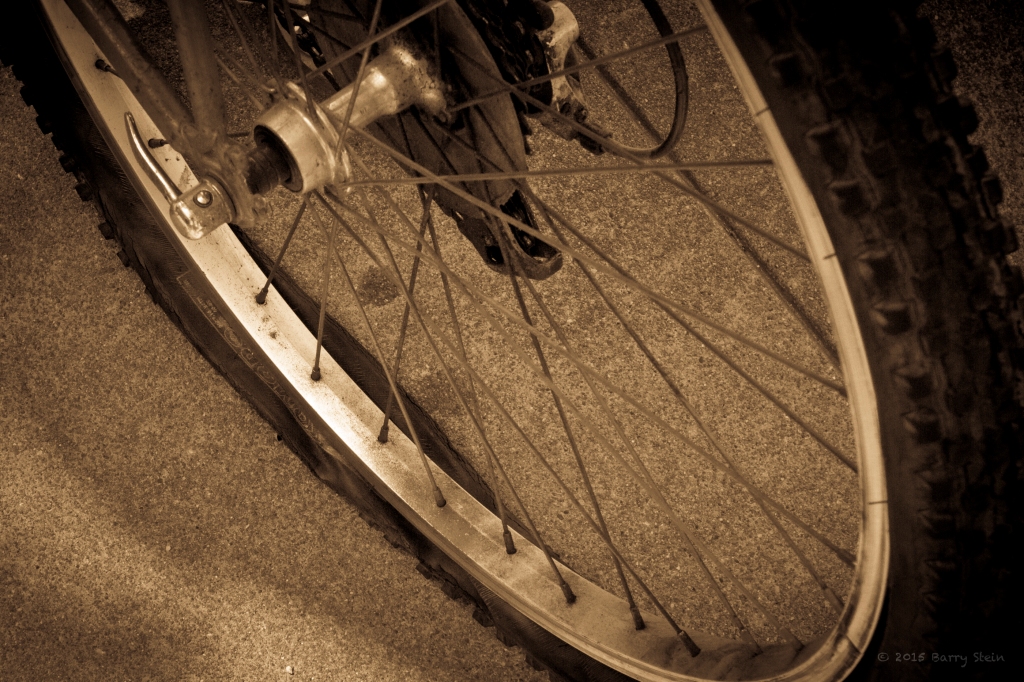 The caramel girl and her family live behind a very busy airport, next to a ground shaking set of railroad tracks, on the fringe of an industrial area in the poorest section of town. She knows where to walk and where not to walk. She knows to cover her ears when the planes fly so close overhead.

Despite where she lives, she feels grateful to have any home at all. All the homeless people in her neighborhood serve as a constant reminder of her abundance. 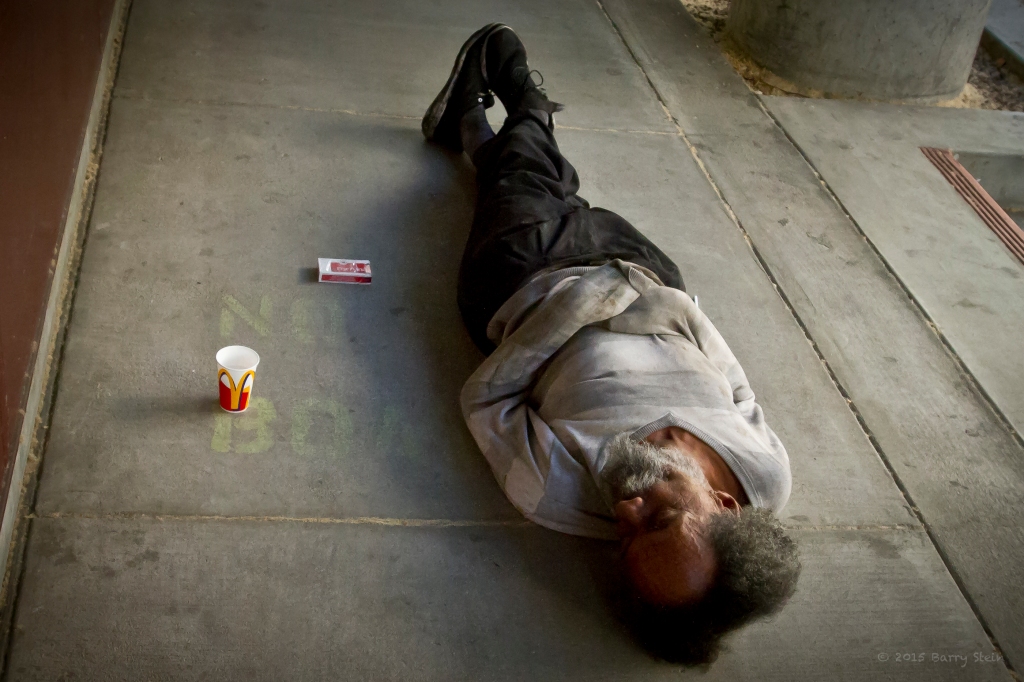 Just past the dead looking homeless, rests a shirtless bearded man in a Nike hat who always waves hello. 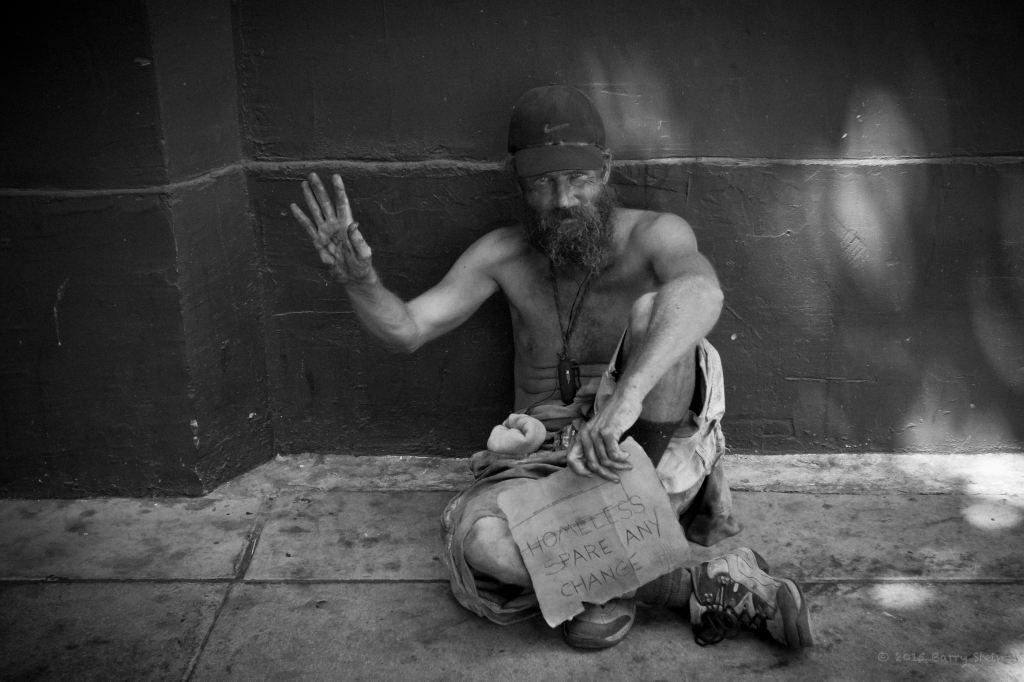 Around the corner from the poorest section in town is a most expensive hotel. On this day Richard turns five years old and his parents throw him the biggest party any five-year old has ever seen. Similar to an elaborate catered wedding, 50 children arrive in ties, jackets and dresses, carrying expensive wrapped gifts, and are directed to assigned seats in the big ball room of the luxury hotel.

As if the affluent affair was not enough, Richard’s parents arranged to have all the mighty superheroes attend the gala. The first to arrive was Captain America who drops off his Mercedes with the valet and quickly checks his email before entering the party. In line behind him and turning into the valet drop off, is Superman driving a Lexus, and Batman in a Hummer.

As Richard’s party gets going and the final super heroes arrive, a heinous villain arrives at a movie house down the street. Over her shoulder, she carries her swollen purse into the tall theater. The woman is broken in her mind and is unable to feel many things that seem obvious to most people. Covered in a shapeless ragged hooded poncho she drifts into the darkness with her wriggling cargo.

During the work week she performs her job with abstract precision as a corporate marketing executive who approves funding for small business promotions. She needs to listen to the ideas of small retailers who want to sell the product her company manufactures… and she either approves or rejects the promotional funding for the idea. When she hears a really good idea, she rejects the funding, steals the idea and presents it to her bosses as her own.

On this day she has a problem to solve. It seems that her cat had gotten itself pregnant and recently delivered a litter of kittens. The woman found that she could free herself of the unwanted fur babies by taking them one at a time in her big purse and when no one was looking, just removing the infant animals and discarding them where ever she sat.

She left one on the patio seating area at the Iranian Coffee Shop, one stopped on the street at a red light next to a body shop, one in the middle of a car wash as she drove through, two she let go in a parking garage on her way into Nordstrom’s to do some shopping, and this last one she took into the movies with her.

Once the lights went out and the movie began… she removed the kitten from her bag, and abandoned it on the sticky inclined floor. Void of remorse, she left the theater when no one was looking. Later that day, the handicapped girl at the movie theater who is responsible for tearing the tickets of admitted movie goers, found the kitten and decided to adopt it. 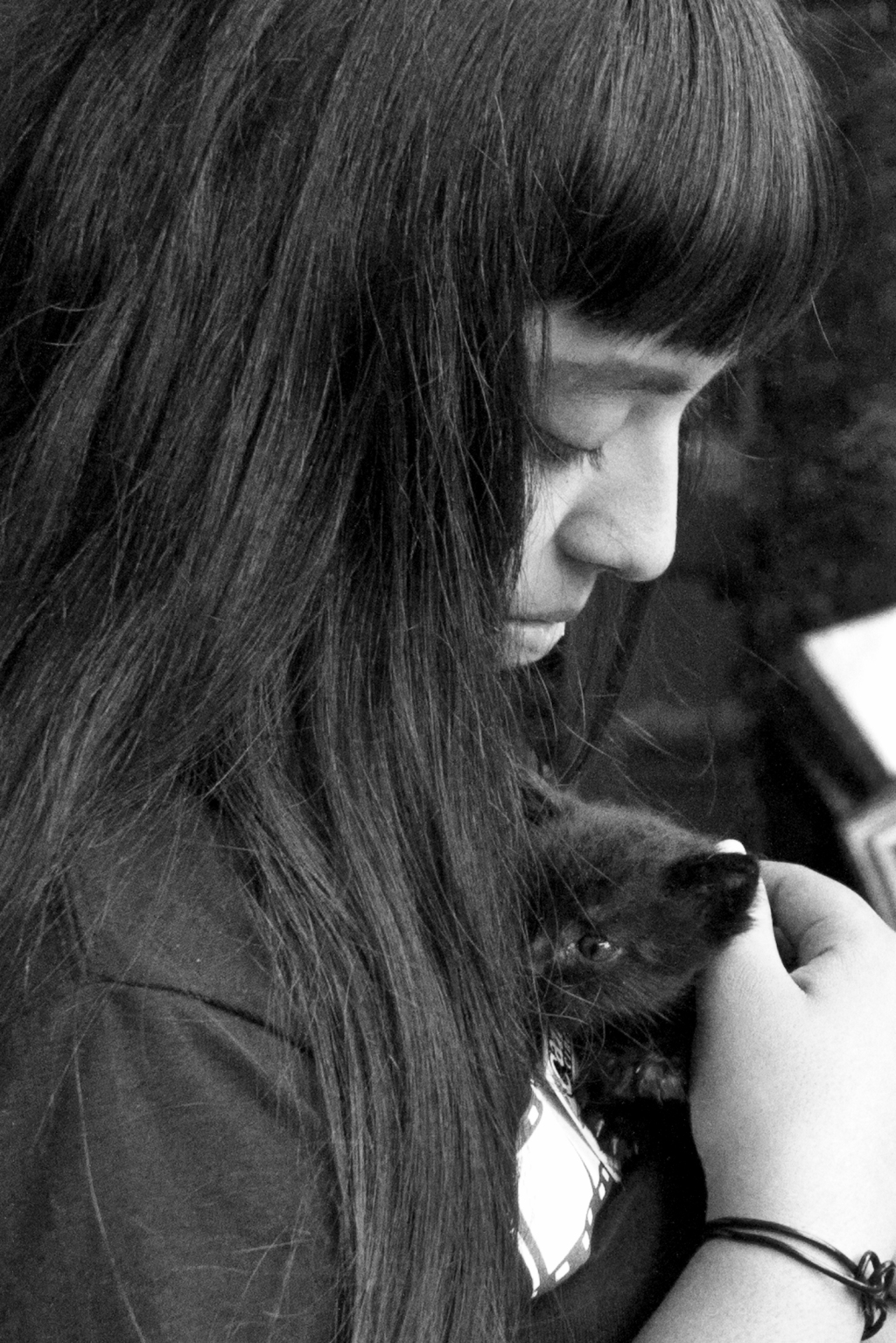 That night, the handicapped ticket taker brought the kitty home and helped her Aunt prepare for a blind date with a man she met online. Over the course of many weeks Aunt Mary flirted with Sal, via email and text. They had agreed to meet at the Italian Festival that evening and see if there was any chemistry between them.

At first, Mary was hesitant to agree to meet Sal as she was coming down with a little cold. Also, she was not in the best of shape and didn’t want to turn Sal off with how she jiggled and wheezed. She hoped that Sal would not notice her shortness of breath, the clingy phlegm that made a noisy stretch after each cough… and she prayed that he liked big women with bangs.

She waited for over an hour, on the bench they agreed to meet at. When she realized Sal wasn’t coming she felt a pain in her heart. In an effort to feel better she decided to stop at the bakery on the way home and get some of her favorite desserts. She hoped that the caramel colored girl behind the counter would be there to help her choose something sweet. 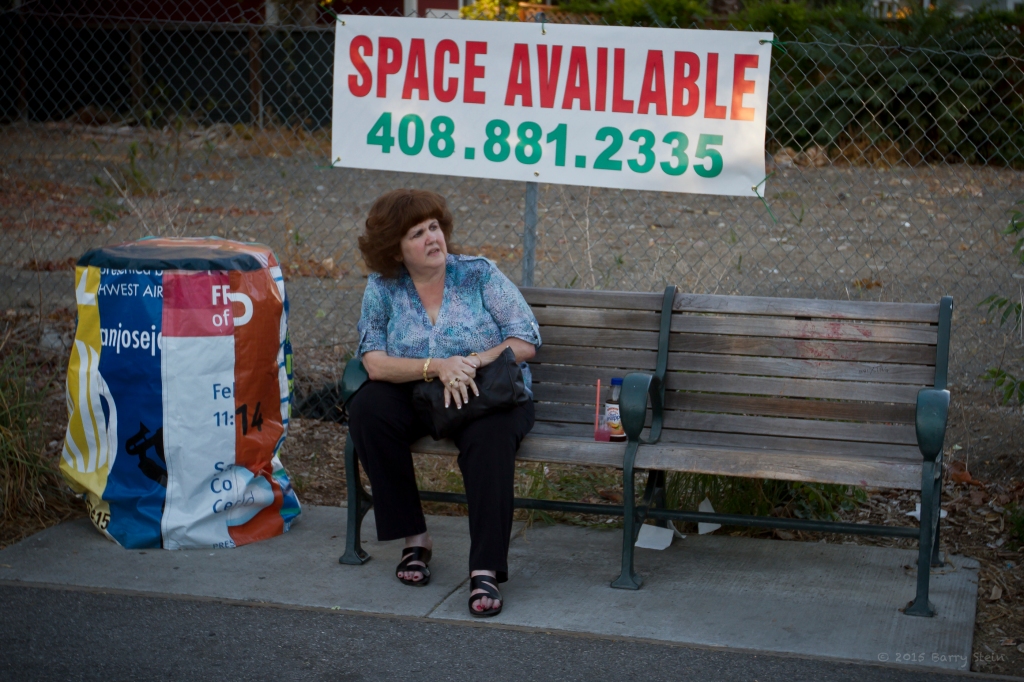