Last weekend I was in Atlanta visiting my youngest daughter. It’s so odd to be so authentic and absolutely present with someone, yet at the same time step out-of-the-way to permit all of them to shine through. It’s sort of always been that way with my daughters; a privilege to share time and space with them… and gently encourage them to be who they want to be. A wonderful time for me to listen more than speak; walk, talk and be grateful for this woman who has designed herself into an extraordinary human.

Fueled up on perfectly made pancakes from scratch, sizzled on coconut butter, we wandered and I showed her one of my secret places along the Chattahoochee. Not too much was going on there other than our stroll under an obscene canopy of trees and the occasional flicker of sunlight off a rusty creek. 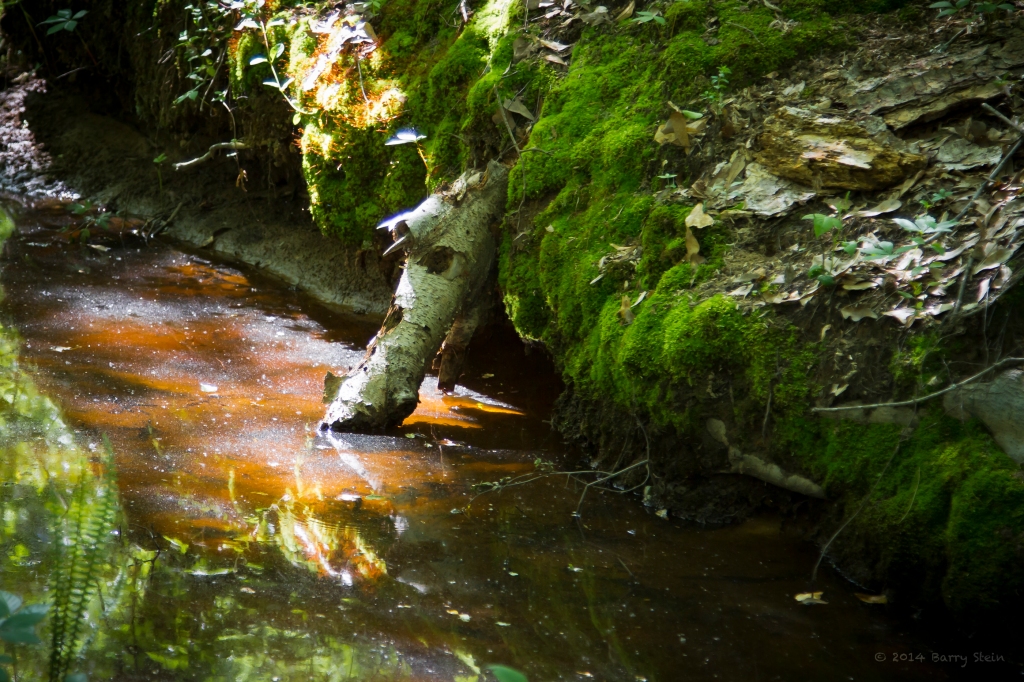 In the middle of our walk, she got tired and took a seat on a bench under perfect light. I raised my camera to take the shot when a mysterious couple appeared out of nowhere shouting at her on the bench, “Come on. Smile! You can do better than that!

We got up from the bench and continued our walk next to the two ethereal beings who just seemed to join us. He presented like an older less healthy version of a father, balding,  huffing and puffing, over-dressed for the occasion, red-faced and flushed from the least amount of exertion. She resembled an older, long gray-haired, willowy smiling vegetarian of a daughter who decided to take her father for a stroll.

They asked me about my camera and that’s all she wrote… I couldn’t stop talking. We walked, I talked, and they listened and nodded as he became exhausted from the next ten steps. 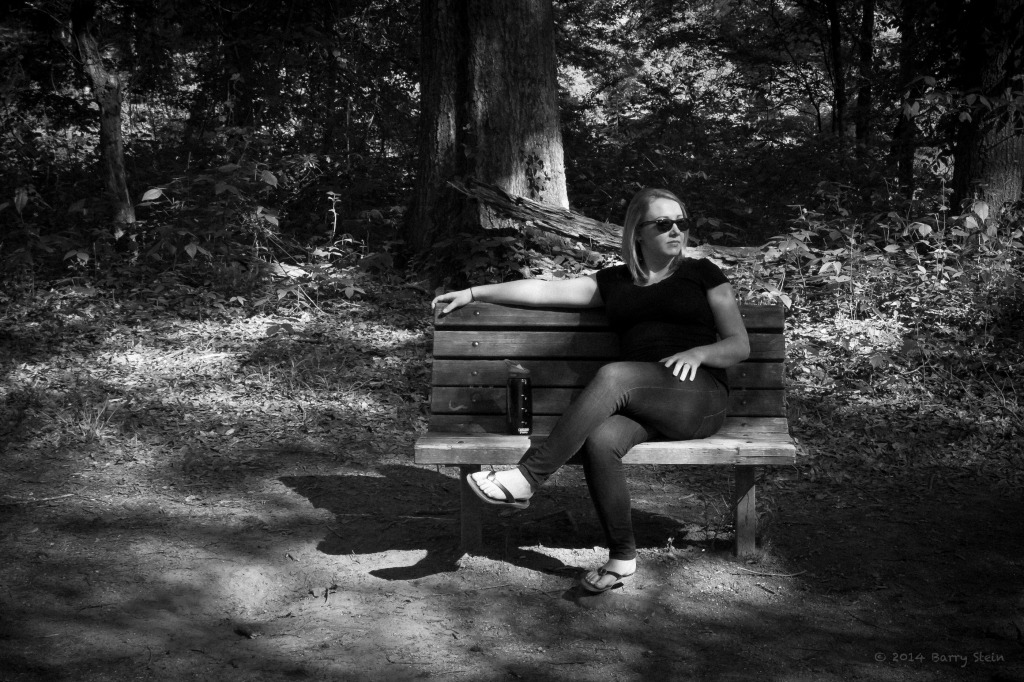 A strange little dog crossed our path and forced us all to stop walking. I looked at them closely and sensed something other worldly about them. Like she was some kind of angelic guide who brought him down for one more walk in the woods even though he had passed away due to his poor health. My daughter and I just happened to be there at that bench at that exact moment when they landed.

We said our goodbyes and continued through the woods a few steps and when I turned to look back at them and perhaps get their names… but they were gone. Note to self: take care of your health and be grateful for every moment on this earth. 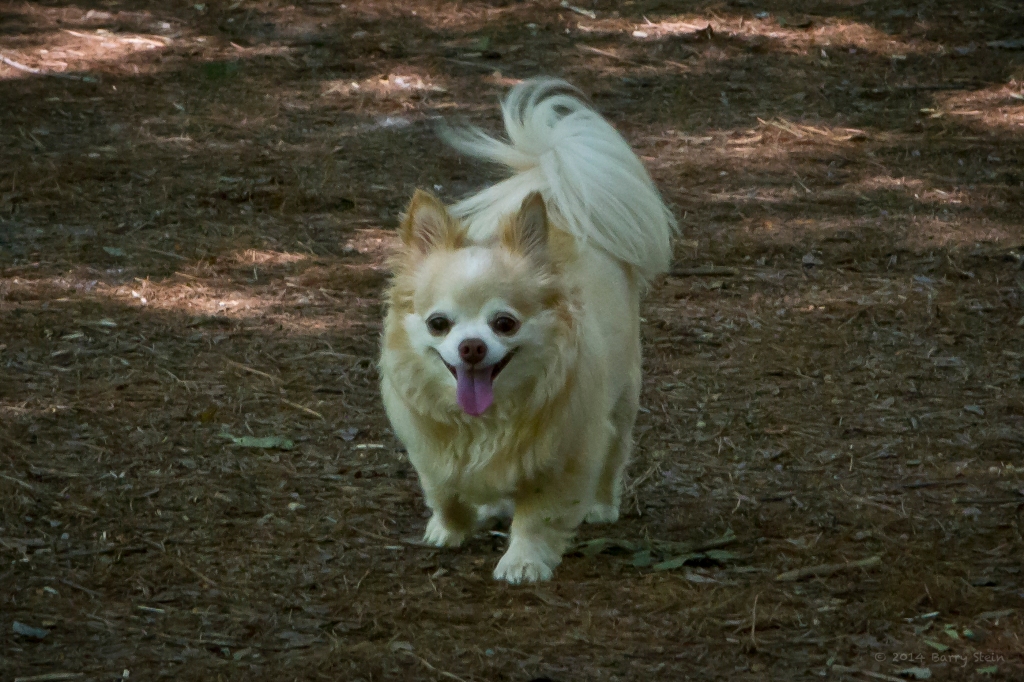 Later that night we went out to find some dinner in the village of old downtown Roswell. On the way to the restaurant we passed a couple heading to a picnic… still dressed from a Kentucky Derby party they were coming from. I could smell his Polo cologne as I marveled at her march and hat. I could almost see them getting dressed for the evening in their separate closets, complaining about how neither one of them had anything to wear.

Ultimately they looked perfect, like they stepped out of a Southern Homes magazine ad. 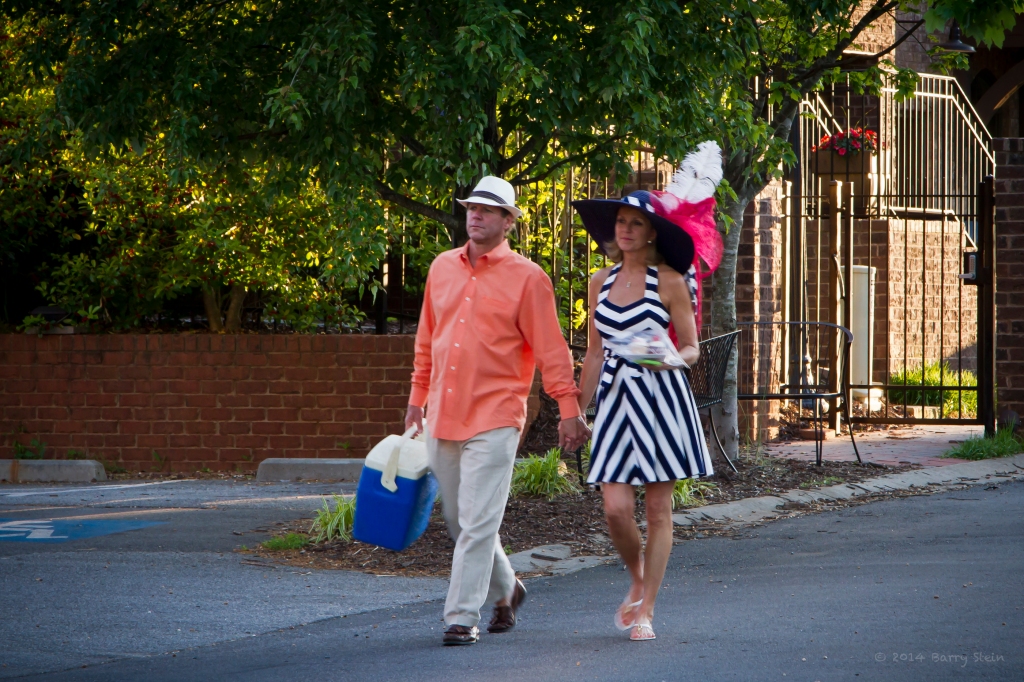 Just outside the restaurant we dined at was a bed of flowers that begged to get in on all this father daughter action. 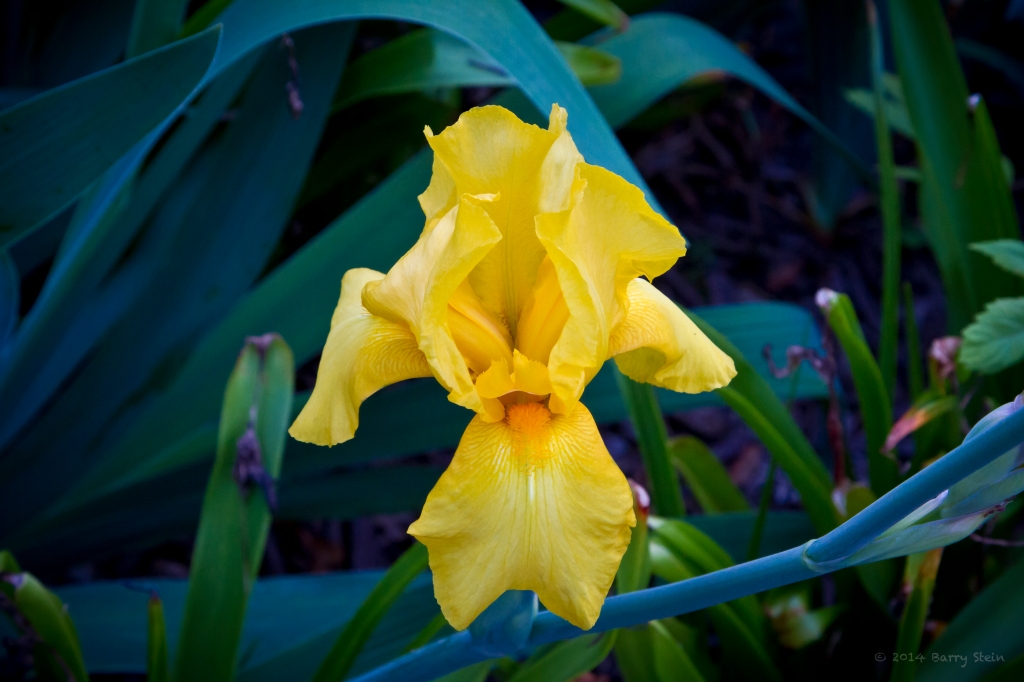 The next day my daughter returned the favor and took me to one of her own secret parks. As we got out of the car, a strange object laid in the parking lot. Fortunately I was able to shoot it exactly as I saw it. Sometimes things look like they are coming at you… and other times things look like they are going away from you; sometimes its just the same thing but depending on how you look at it suggests what you will see.

On our walk we saw beautiful things as I listened some more. I thought about all the fathers out there who never truly enjoyed the effortless being of just sharing time and space with their daughters. How much work does it really take to put one foot in front of the other and do nothing but just enjoy the person that came from you?

Off the beaten path, we found ourselves strolling through stables, barns and surrounded by magnificent beasts. 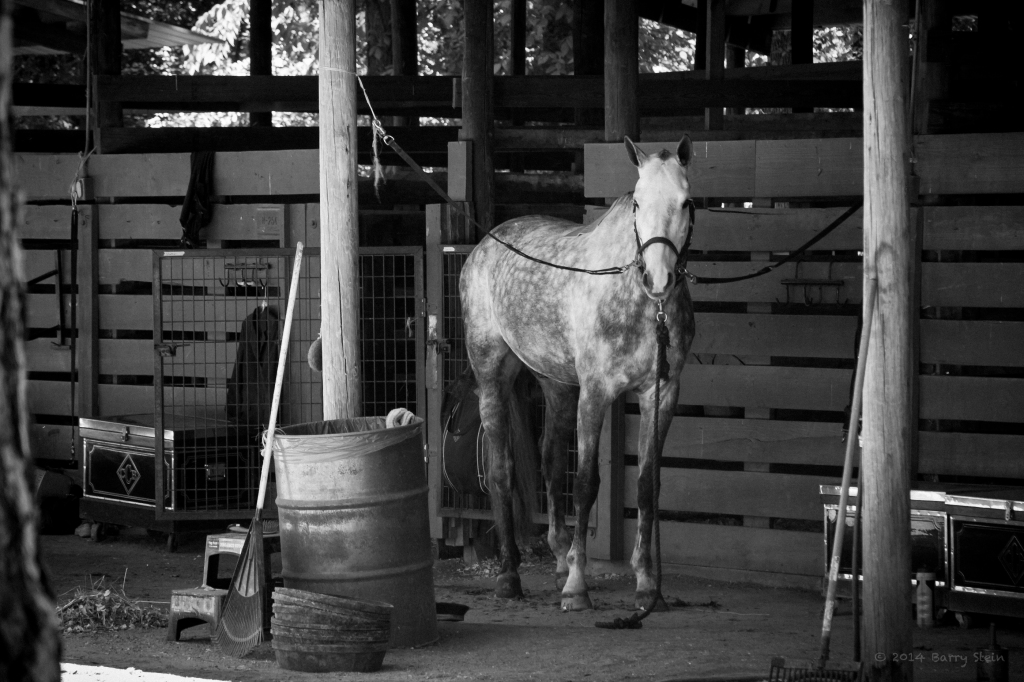 Some stared at us as we walked by, others tried to duck their head and hide, while others walked away in the distance. 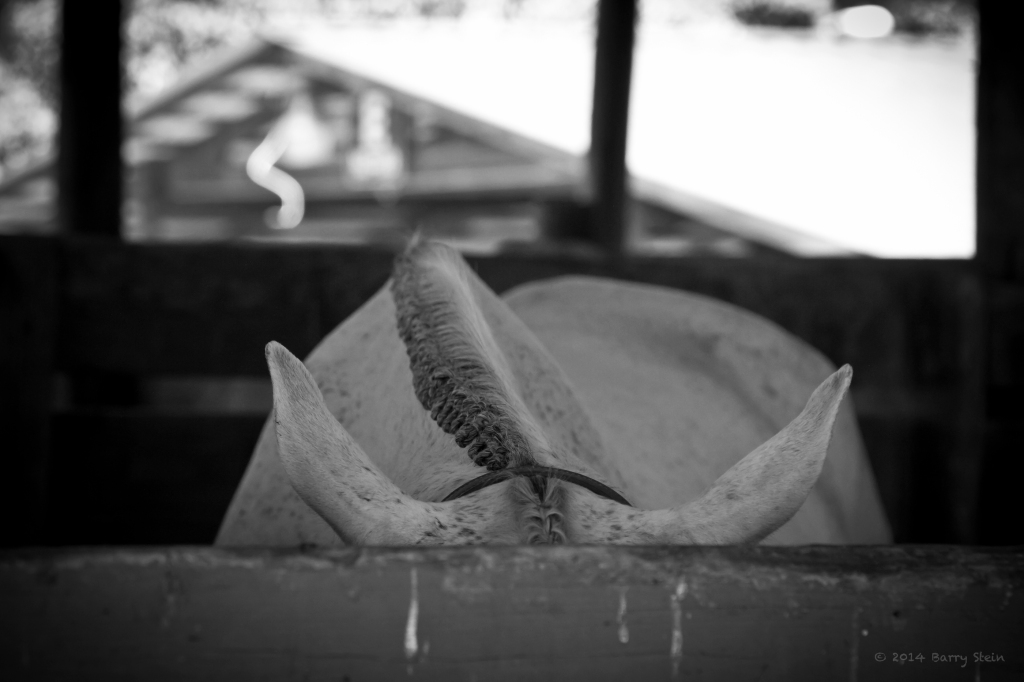 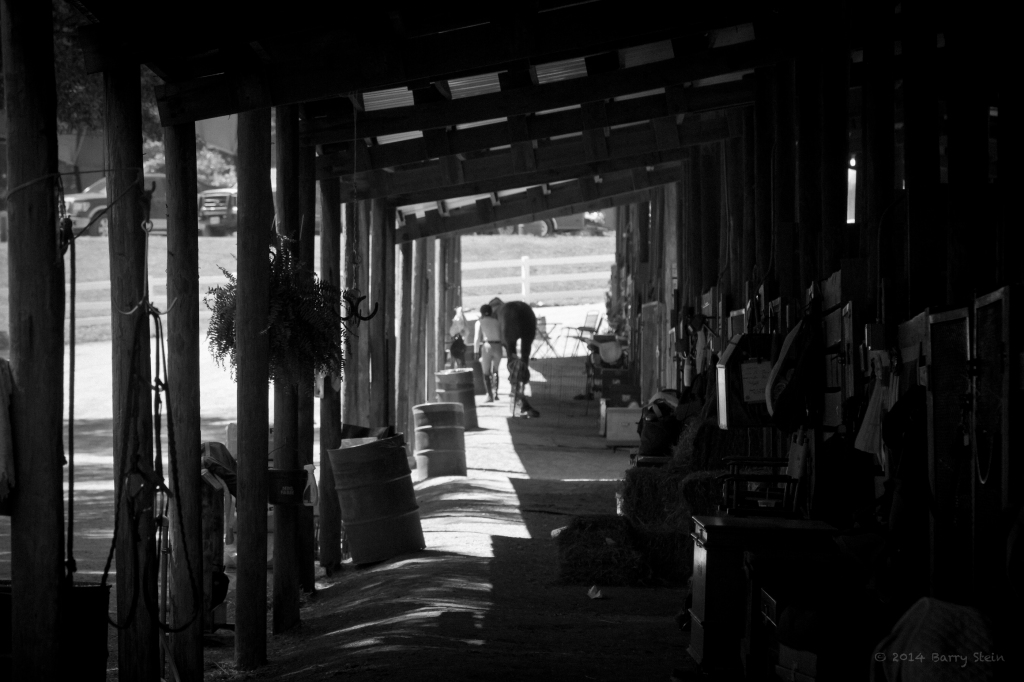 Some looked down on us from behind walls, while others stared off into the distance, dreaming of long natural manes flying free while galloping  through endless long grassy fields. 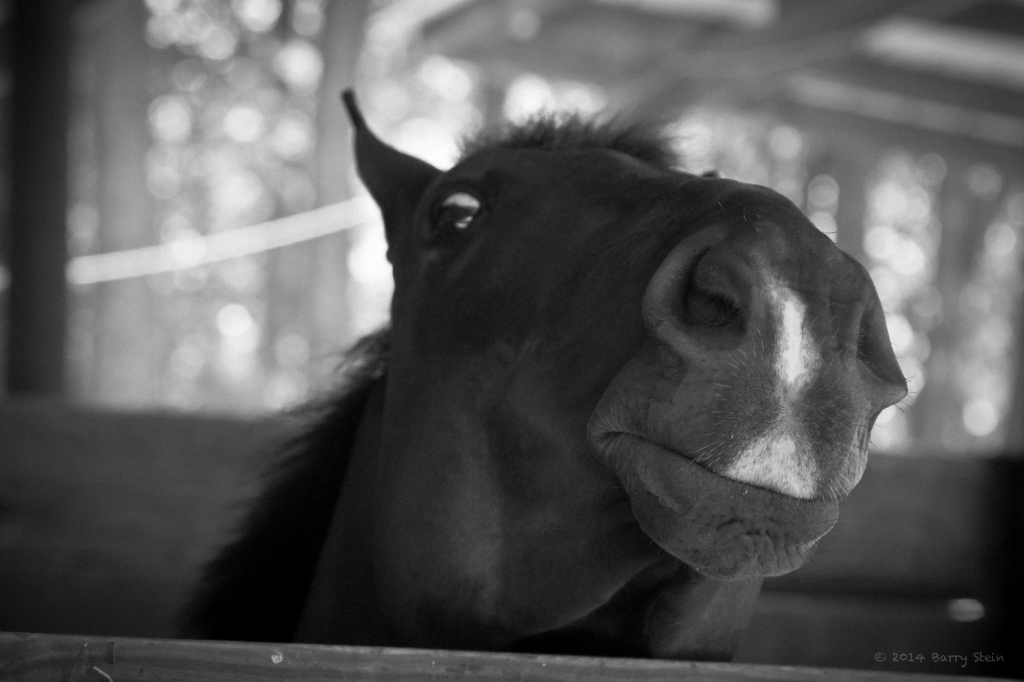 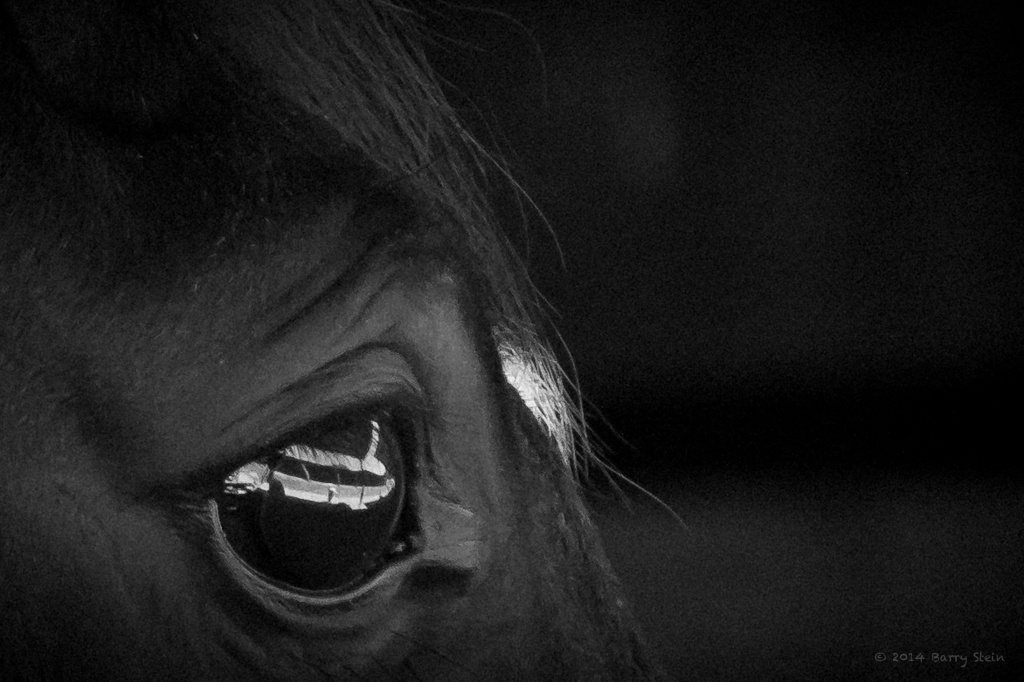 As the weekend drew to a close we headed to the airport with a quick stop in downtown Atlanta for a bite to eat. We put our name on several restaurant waiting lists that we were too hungry to wait for. We walked the streets and found a cute pub on the corner. Just outside our open window at the pub, was a couple celebrating something with what they call a “beer tower”. I had to get a shot of it as it brought back many memories of beer worship from a time long ago. 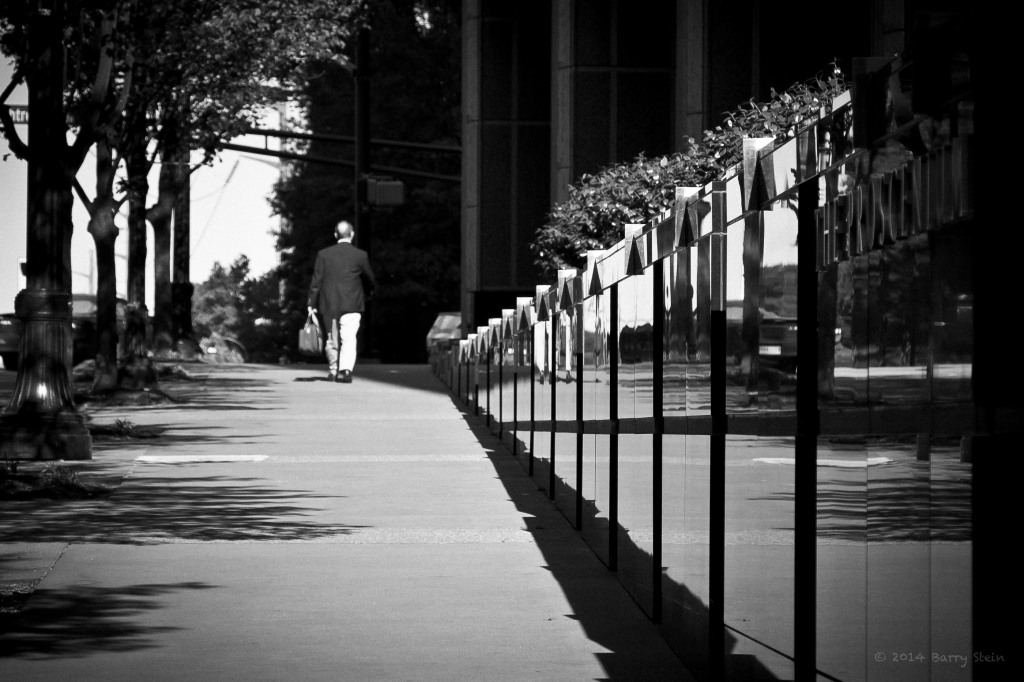 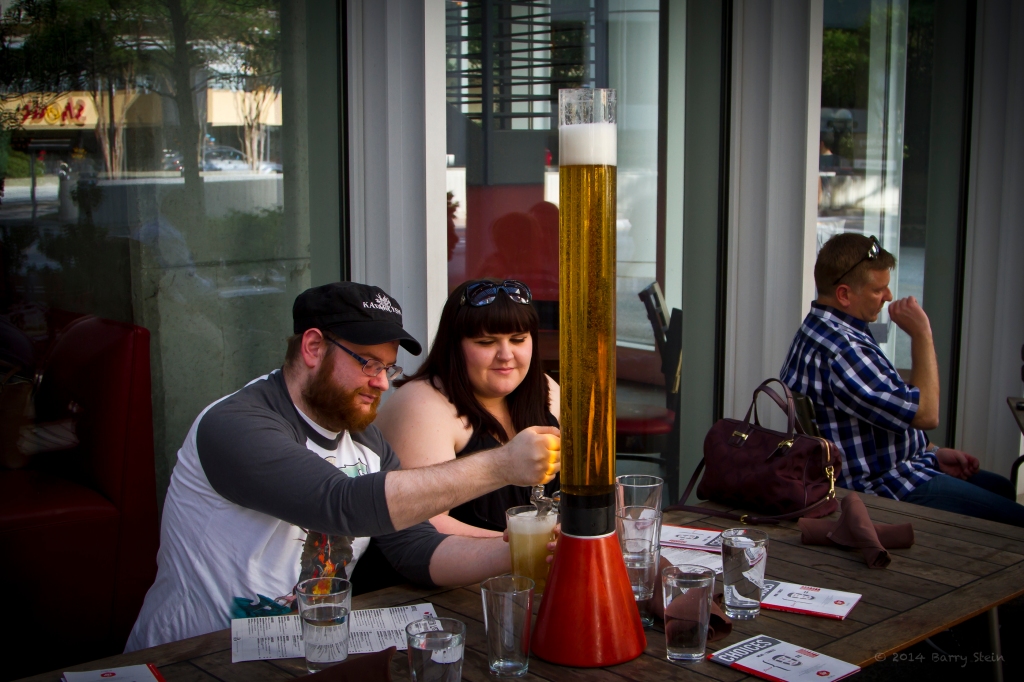 We chowed down on gooey spinach dip,  gourmet grilled cheese, french fries and loaded burgers till it was time to put my camera away.  I grabbed one last shot of my little girl who is pregnant with a little girl of her own. She no doubt was thinking about how she will enjoy her new daughter at least as much as I enjoy mine. 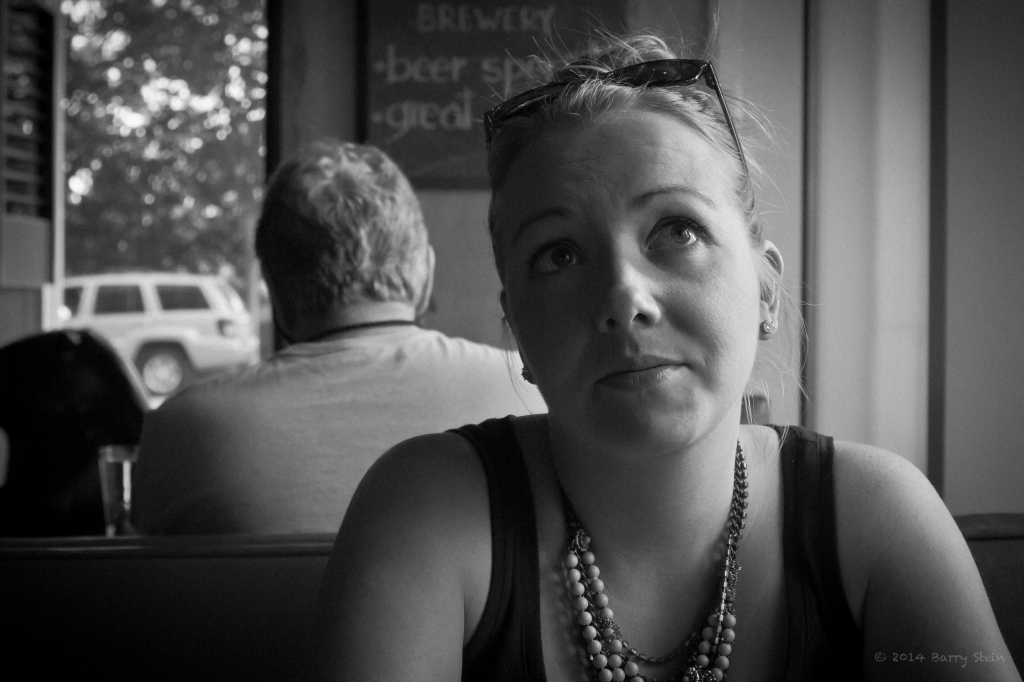 2 thoughts on “SHINE THROUGH”