I was viewing a list of photos with remarkable titles or captions and wanted to create a few of my own. Could I make up a tale that would add equal or even ballpark impact to my humble pictures? The truth about people is always the most elegant like the way it’s frequently revealed by Humans of New York.

But just as a horoscope, misplaced loyalty or a powerful perception eventually fits and seems to become reality… a good creative story can be plausible enough to fit almost anyone.

This man won the lottery when he was 17. The first thing he did with the money was to buy a Corvette which soon after was stolen from him and later discovered in the marsh outside of Philadelphia, totaled and burned. Over the years he married unsuccessfully to women seduced by his wealth. He bought houses to fix-up, that he never ended up repairing.

With the last of his money he purchased a barn in the middle of 15 acres of fire-ant infested Florida land. This barn he turned into a cavernous residence that he sparsely filled with mismatched contemporary furniture. He married a devoted woman who happily hung a crucifix on every available wall. In addition to her obsession with Jesus, she had an unusually small bladder. Once settled in the parochial home, they adopted the ugliest dog they could find.

This is him and the dog frequently seen waiting for the wife outside a public restroom. 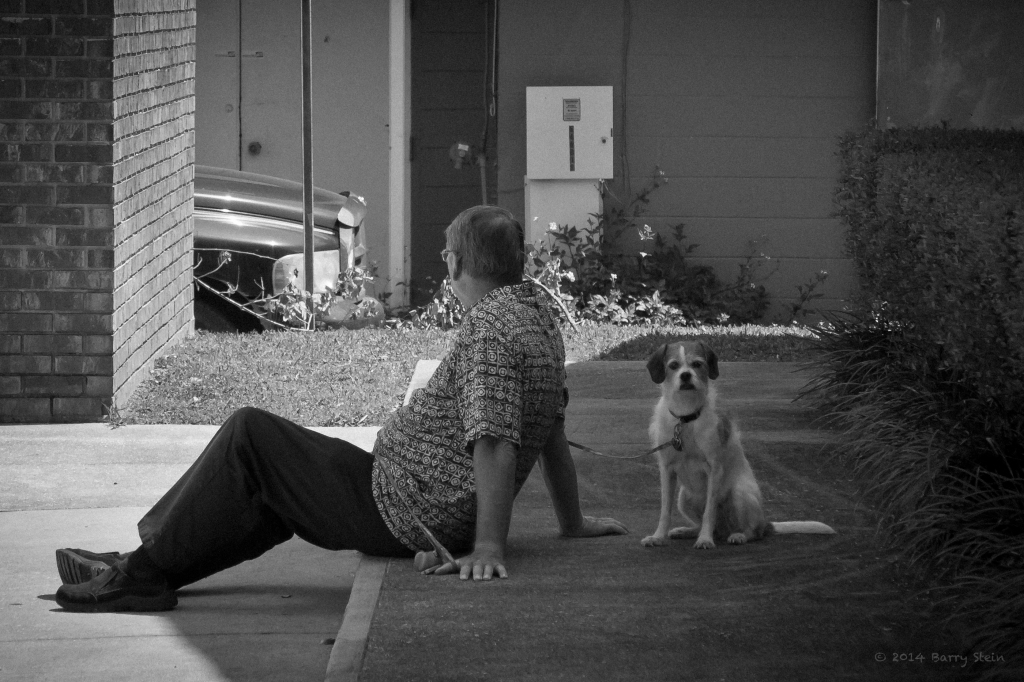 At a car show filled with the most beautiful and most successful cars produced over the last six decades, I was attracted to the auto that shined a starburst in my eye. The flash of reflection was so bright that I was temporarily blinded and unable to see the brand of car etched into the front grill. Presented at a show in all its teal beauty and unique detail, I found it to be strange and beautiful.

The Edsel came into existence around 1957 and disappeared a couple of years later. When it first launched it was a hot seller due to its unique details and power. Apparently this outstanding quality was the very reason an executive at Ford decided to pull the plug on it because he preferred a less flashy car. I believe this executive went on to be the Secretary of Defense and was also responsible for the start of the Viet Nam war.

A comedy of errors rode a horse designed by committee and the time came to give it a name. Ford hired a famous poet to come up with a handle for the brand new car. The Edsel was almost called the Utopian Turtletop, but in a flash of genius,  the desperate executives decided to dub the venerable vehicle after Henry Ford’s only son who passed away in 1943.

Reputation tells us that this car brand is synonymous with losers and failures. On first glance it looked good to me and once I dug deeper found it to have failed due to no fault of its own. Almost 56 years later people are still attracted to its unique and flashy face. 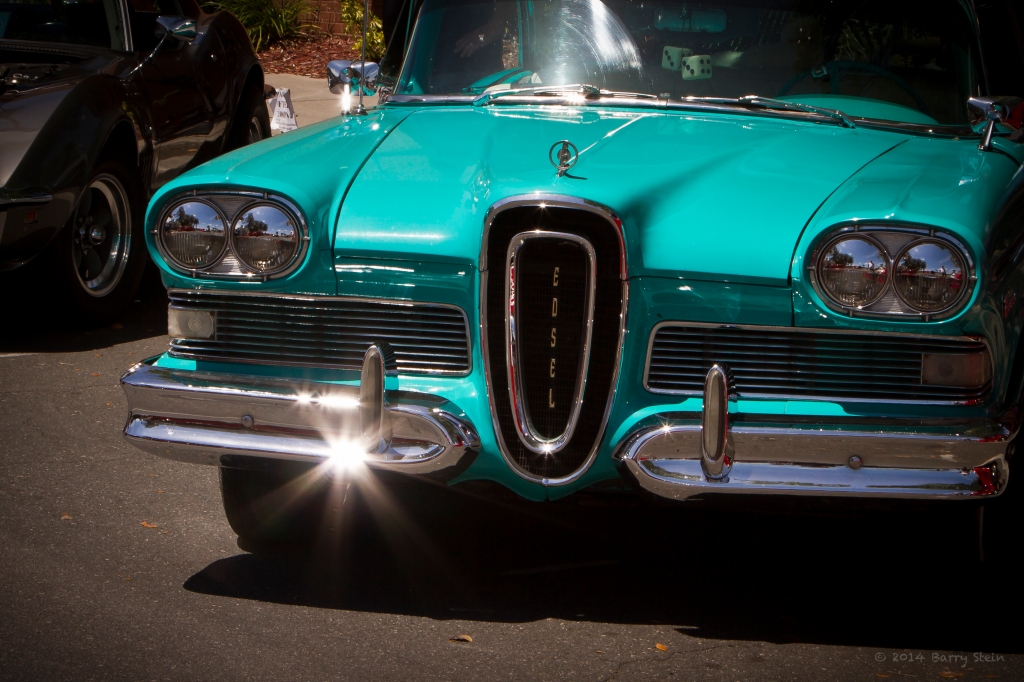 A man who smoked too much, married a woman who wore horizontal stripes with everything. They impulsively married and had a daughter whose teeth never grew in. Ultimately tolerant of each other, they stuck together and planned their weekend adventures. Their favorite thing to do is to find benches outside bakeries to sit, have a cigarette and eat very soft desserts. 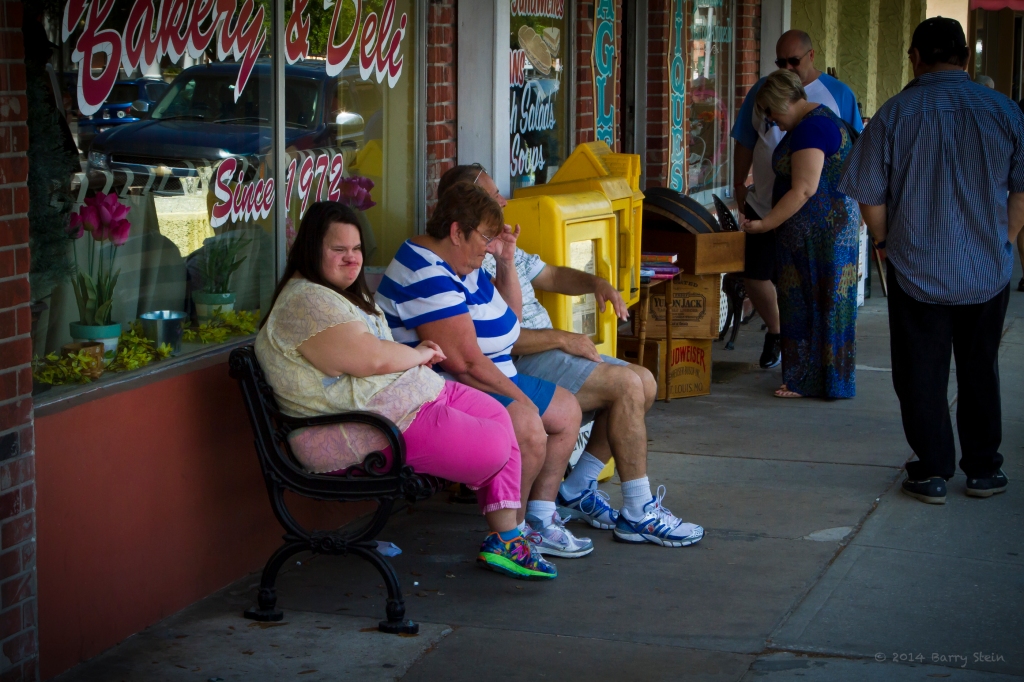 A man with a bad heart, psoriasis and an enlarged prostate, has just bought an antique rake to add to his collection. Some folks collect dolls, others collect coins, he collects rakes. He said it was something about the way it combed the dirt, that drew him to the earthy forks. He has a theory unfounded by any medical source that if he is constantly sipping liquids through a straw and frequently urinating right after, all bodily functions within him will be kept in order.

Like a model who loves to be photographed, he too compulsively shouts out at anyone walking by carrying a camera, “Hey! You want to take my picture?” 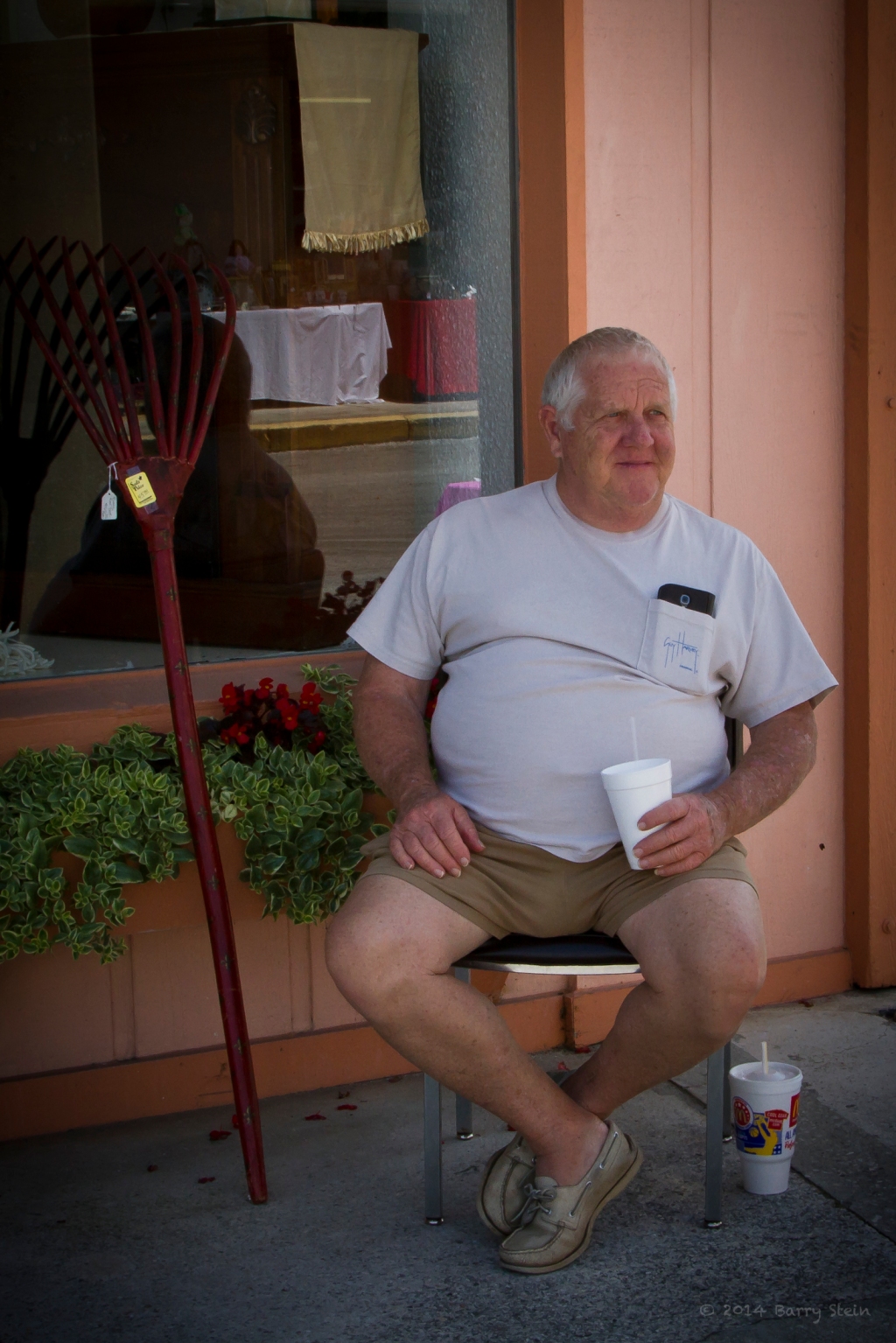