I had heard this story one time about the world’s greatest maintenance man. He worked at a huge apartment complex and anytime something broke or needed repair, he would swoop in like superman and save the day. All the dirty, nasty, maintenance men from miles around and hundreds of other apartment complexes, would call him to consult on their drippy drains, noisy washers or appliance enigmas.

Secretly of course, this fellow of fix, no longer wanted to be the world’s greatest maintenance man; much less a man at all. Inside, privately… he longed to be a sexy woman and the world’s greatest leasing agent. When the ladies in the office would call him to tighten this or un-squeak that, he would leap to the rescue; but the whole time he envied their pretty flowing blouses, their Farrah falling hair and how they would tease the other men by wearing a short skirt on hot days.

And so, as the world’s greatest maintenance man who could fix virtually anything, he began the long process of transforming himself from the brawny and burly male that kept the world in repair to the cleavage bearing delicate flower of a woman, misted with lemon essence. Alone at night he would practice changing his gate from macho meander to wiggle walker.

I thought about this story as I strolled the beach the other day. I toured the sand in awe of coastal nature and fabulous females that always seem to sparkle as they arrive and undress in the sun. Often with little ones in tow, they strike a glorious pose and command the view of onlookers. 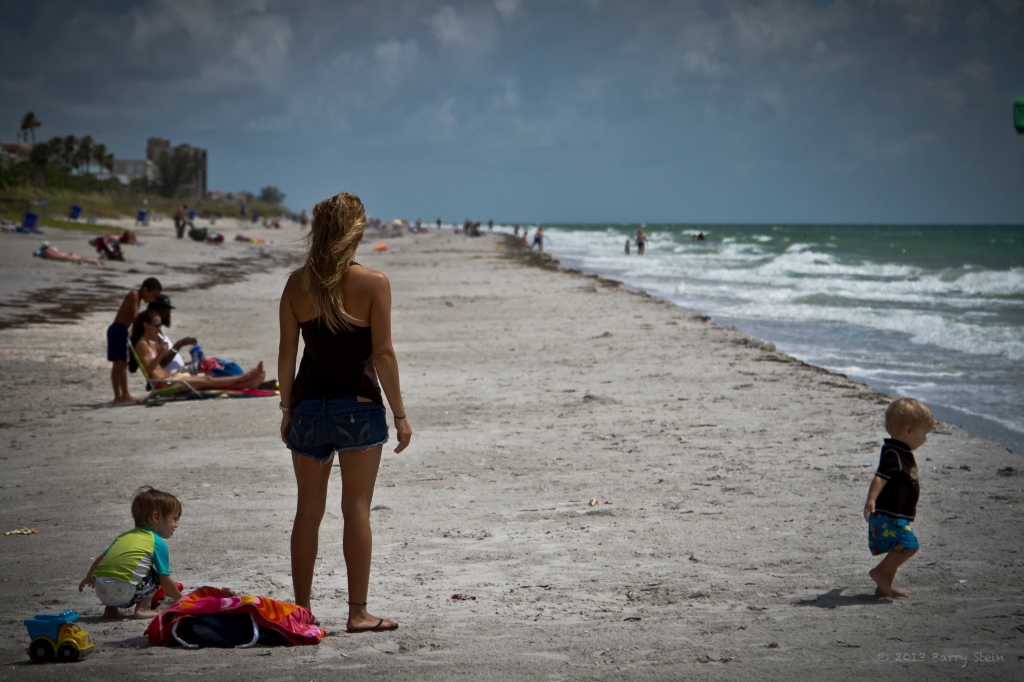 I left the beach and drove around a while as I listened to NPR and heard the world change. Another state had passed the law that it was okay for same-sex couples to marry. Oddly, I had no strong thoughts about this either way as I accept and embrace others for living their lives the way they want… as I would hope they would tolerate me wandering around with my camera and telling silly stories.

Traffic started to build in front of me so I pulled off into this marina and let time and the bumper to bumper pass. I listened to the radio a bit more as all types of people expressed their views on what they claimed is correct in society, under God and in various people’s opinions.

I thought about effeminate men who flirt with other men by acting like women. I thought about masculine women who charm the pants off like-minded females by portraying themselves in a manly way. That’s when I saw the two underwear showing people looking out on the water.

I imagined he was gay and was asking her advice on how to get his lover to respond to him. I imagined she was not gay but was curious on how to be thin and attractive to other men. I wondered where one would find a thong that big and if there were any rules about wearing thongs.

With not much else going on, I left the marina. In the distance I had heard some giggling and chatter and followed the sound of familiar disco beats. As I got closer to the shouts of Gloria Gaynor and Donna Summer I passed some boats with knotty anchor chains.

I guess I had stumbled onto a whole mess of gay folks hanging out at the pool in back of this giant hotel. On one side there were all the bald jewelry clad men swimming with other bald men, stuffed into and bouncing around the pool like bobbing tortellini that had just come to a boil. On the other side were the ripped bikini draped women raising their beers with other tattooed breasted friends at the tiki bar.

I later found out that there was a giant gay pride parade scheduled in St. Petersburg that next day and lots of tourists were in town to attend the march proudly. As I quenched my parched throat with a Miller Lite I learned that this couple had just gotten married and I was one of the first to get their picture together.

Since coming in through the rear of the gay filled resort that I stumbled upon I now exited to the front. There was a spectacular fountain spritzing, spraying and trickling in the sun.

And no unexpected gay tour would be complete without the florist story. This was another story I had heard long ago about a woman who had relocated to a new area. In her effort to beautify her new home and make friends she visited her local florist. The woman in her 50s made friends with the owner of the shop in his 20s. He became her best friend.

The woman’s husband, also in his 50s, was rarely home as he spent most of  his time at the new job building his empire. Months would pass as the woman became better friends with the florist than she ever had with any of her girlfriends. One evening, the woman brought her best friend the florist, home for dinner with her husband. They all got along well, drank lots of wine and went their separate ways at the end of the night.

Time passed and the husband continued to be rarely home. However the woman’s best friend, the florist, became less and less available and soon she rarely saw him as well. One day the lonely woman came home after a day’s errands, chores and grocery shopping only to find her husband home and her old friend the florist waiting for her in the kitchen.

The two men broke the news to her that they had fallen in love with each other and that the husband will be moving out of the home with the woman and moving in with the florist. The husband intended to seek a divorce so he could marry his petal pushing pal. Apparently, stories like this happen all the time.

The traffic had subsided and it was time to leave that funny village and head home. On the way back to the car I passed the local florist. The door was locked, but the sun was setting and shining in on a bouquet through the side window. I whipped out my camera and pushed it against the glass and got the shot the best I could.

I had to have it as it just looked pretty to me. 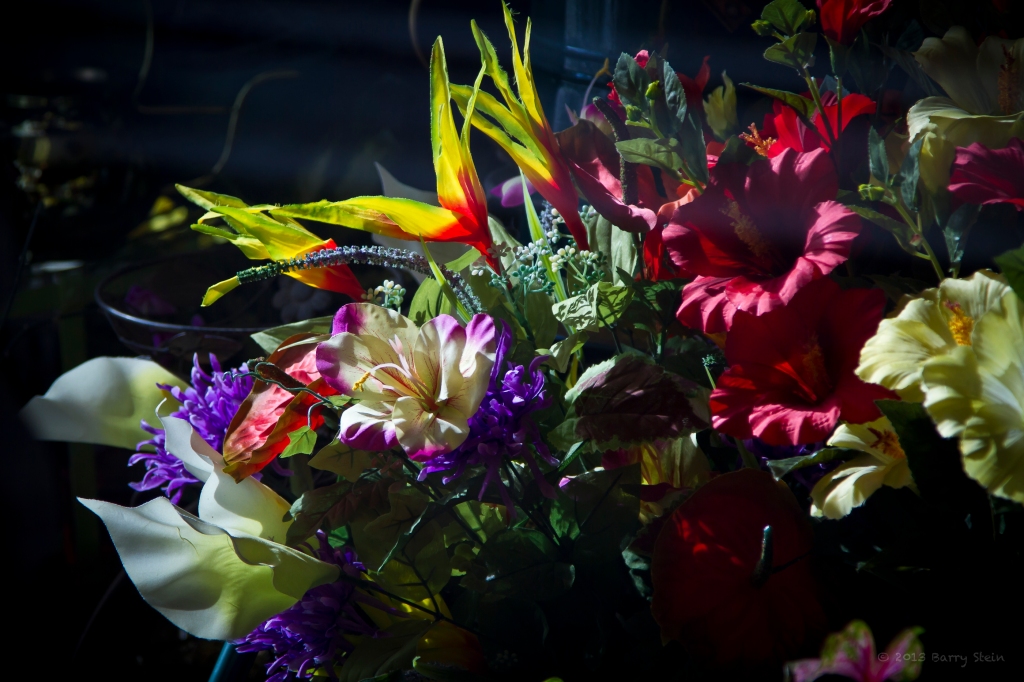