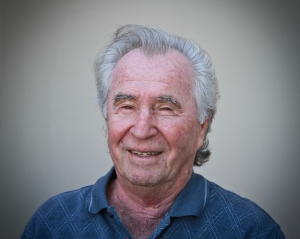 Last night, me and Dad went out for a quick bite of Sushi. It’s kind of cool living up the street from my parents. They call me to catch the early bird specials and I drop by with Page the dog, to have breakfast with them.

Sometimes when we go out for Sushi, they ask me to order for them or in this case with Dad, “…do me a favor, and just don’t order too much. You always order enough to feed an army!” they say to me. It’s just hard to determine how much Sushi to order. I heard one time that 13 pieces is the average amount to comfortably fit in a stomach. That is about two average rolls, for you aficionados out there. 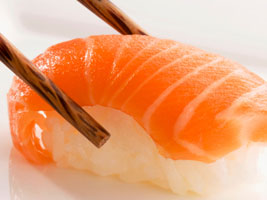 Last night, Dad and I split 4 pieces of Tuna, 4 pieces of Salmon, 4 pieces of Eel and one 8 piece spicy Tuna roll. Nothing huge on the binge scale. One order or two pieces of Tuna or Salmon Sushi cost $4.95. That’s a little palm load of sticky rice, a schemer of Wasabi and roughly an ounce of Sushi Grade, Ahi Tuna. Two pieces would be two ounces of Tuna. 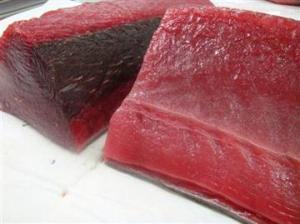 The retail price of fresh, never frozen, Ahi Tuna today, is about $25 – $30 per pound. Sixteen ounces in a pound makes the cost of one ounce of Sushi, < $1.87. Add the rice and it cost the restaurant somewhere under $2.00 per piece. If the slices are thinner than an ounce or the restaurant gets the fish for less, then obviously the cost of each piece is less. So now I don’t feel that ripped off I suppose. Two pieces of tuna sushi for $4.95 seems reasonable. One piece at $4.95 starts to get a bit stiff. Not as stiff though as the $20 piece of sushi that was just a California Roll, that I had one time, at the Hotel Okura in Japan. 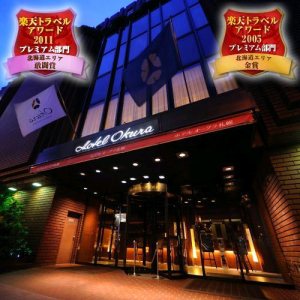 That one piece of Sushi was so good. The perfect size, the perfect shape, the perfect temperature and with a sprig of mint rolled in with the cucumber, crab and wasabi, it was near perfect. There were many notable memories from that trip to Japan, but the one most tell-able was how I met Steven Jobs also at that hotel.

I’m not exactly sure about how the magic stuff happens. About six years prior to my visit to Japan, I’m sitting at a neighbor’s house one Thanksgiving afternoon. My neighbor was eager to have me meet his daughter. She was pretty and interesting and after the usual how-do-you-do’s, she shared that she was Steven Job’s wife’s personal assistant. I love hearing stories like this, because they are virtually impossible to prove. Like nobody would believe that I was at the Emmy Awards one time and George Clooney tried to steal the girl I brought with me. Amazingly, she was not the star struck type and ended up staying with me instead of running off with him. But this too is true, and a story for another time. 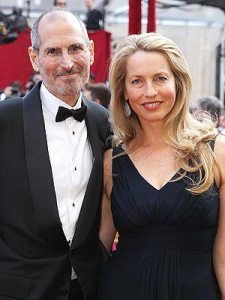 Anyway, so she tells me she is Steven Job’s wife’s personal assistant. I gave her the benefit of the doubt and in my magical mind, I just said to myself, if I ever run into Steve Jobs, I’ll have to ask him about this. Sometimes I think it’s a bit scary when those stray thoughts actually manifest.

So there I am, in the basement of the Hotel Okura, six or so, years later, eating an American breakfast, with a bunch of guys from GE, that I was traveling with. The guy I’m with says, “you’ll never believe who just walked in. It’s Steven Jobs!”  So I say without thinking, “… Oh yeah? I gotta ask him something.” So I get up and go over to him and put out my hand and say. “Hi Steve, I’m Barry, and I’m sorry to interrupt your breakfast. But I met a woman a few years back who claimed to be your wife’s personal assistant. I lost track of her and if you would, could you say hello to her for me?” He made an exception and shook my hand, being the germaphobe that he was, and indeed, did verify that the neighbor’s daughter I had met years earlier, was his wife’s personal assistant and said he would say hi for me. 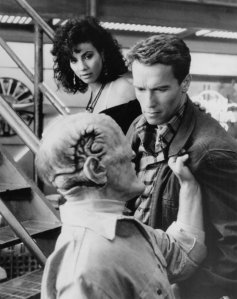 This kind of thing happens a lot to me. One time I was watching the movie Total Recall with Arnold Schwarzenegger, for the umpteenth time,  and I was taken by his fantasy girl, “demur and sleazy.” She was such a good actress. I said to myself, that if I ever ran into her, I would tell her how great she was. I learned that her name was Rachel Ticotin and had seen her in a bunch of movies since that one and she is always so great. Does that make me insane? Bi-polar? Manic? Delusions of grandeur? I just don’t think about it really. A few years after I made that little suggestion into my magic mind, 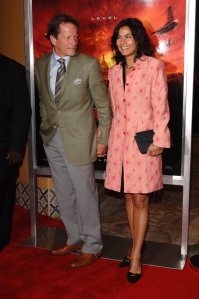 I ran into her and her husband on the streets of Manhattan. I of course went up to her as I promised myself I would. “Rachel, I really loved you in Total Recall and some others movies and I said to myself if I’d ever run into you, I’d tell you, and here you are!”  I didn’t even notice, standing next to her, her über famous husband, Peter Strauss. The funny thing is that when I lived in Manhattan I ran into this couple a second time at the boat house in Central Park during a Sunday brunch.

By now, if not sooner, you’re probably asking what the point of all this blabbing is. No real point I suppose, it’s just funny how things are attached and connected inside people’s brains.

Usually when I’m eating Sushi, I think about how the fish grew from tiny eggs, swam upstream, avoided getting eaten by bears, only to get caught by a fisherman, cut and served on the pad of rice as it enters my mouth. Now as I look back on last night, a bite of Sushi with my dad, is connected to my friend Steven Jobs who changed the world, a rejected George Clooney by my girlfriend and coincidental strolls on Manhattan streets with my buddies Peter and Rachel.

I wonder what other people are thinking as they have sushi or what they think about the day after.