The Page wakes up and begins to cry about 4:30 a.m.. She wants to be taken out, she wants to be fed. I resist, I’m tired, I’m not in the mood, but yet The Page cry’s louder to be taken out and fed. What was I thinking naming my dog Page? A constant reminder that I have to take her out, feed her and play with her… Page, I mean… The Page.

I thought I had something that tickled me enough to put on the page, earlier in the week. It was a positive critique on an intimate woman’s toy. I was so taken with the idea of how beautifully it was presented and how women have flowers and beautiful images to sell their personal satisfaction products, while men are limited to cold obvious visuals of  porn. I thought there was a real opportunity to challenge this issue, but after I wrote it and had it posted for a day or so, I deleted it because I felt uncomfortable with the obvious giddy nature of the content.

The Page cries to be taken out, fed and played with, whether I’m in the mood to or not.

Monday is instantly Friday and Friday is instantly Sunday. Which means any given day might as well be an entire week. Seven tiny turns of the globe. Any given week will soon be a month after a little spin around the sun. Twelve tiny units of those go by and a year has past. Ten of those tiny annuals and a decade through time becomes the past. Up to and sometimes over, ten of those decades in our wake and a life has been lived. Which  simply means every Monday, might as well be a life lived.

This past Monday, I carried the idea of its contribution to my life yet unfolded. I was at an orientation at a new client, for a an opportunity to write creative copy for them. They are a gigantic hospital system that processes a hundred new “team members” a week. During a time when the country is complaining about unemployment, these mysterious employers (suspected aliens from another world) cull thousands of resumes and applications to select their 100 newbies each Monday; I was one of them.

Despite being a humble, on call scribe, a when they need it creative copy writer, I got the the required TB shot just like the rest of them.

Who knows what those aliens were putting into us. We’d have to return on Wednesday to get checked off for not carrying or spreading the disease. I shared the processing experience with prospective Doctors, Nurses, Financial Analysts, Janitors, Loading Dock and Warehouse Workers, Cooks, Maintenance Folks, Security Guards, Computer Analysts and more. Like the first day of school only a bit more boring as the procedures were laid out before us with presentations by facilitators of uncanny drone.

The next day, Tuesday, I was requested at a completely different assignment. A different sort of writing for a small advertising agency. On this day, I would have to develop copy for a customer assistance alert system at a large fictitious grocery store. The first few attempts at  copy were rejected but I enjoyed writing them anyway.

“…Maybe it’s at the Bakery section that a customer wants to have her cake and eat it too, we want to be there to hand them a fork. We don’t want to be accused of cutting corners at the Deli, or at the meat counter in case you have a bone to pick with us. Our customers pay more at our store because it’s their store, just the way they want it. We don’t want them to ever have to wait for help.”

Later that day, I had some time to see if one of the tiny quarterly journal publishers had printed my article that I submitted. Apparently there were some delays and I’d have to wait another couple of days.  Meantime here’s an excerpt from an article I wrote about the modern art painter, Evan Sinclair, that will be published for the world to read.

“It’s been said, that there’s a fine line between genius and insanity. To me, there is even a finer line in the world of abstract art between something and nothing. When you look at a piece painted by Evan Sinclair, you’re either swept up in the motion of color and line or you find yourself lost in a microscopic world of bundled threads and sparks. There is a sense of place that comes from his art as well as a feeling of movement, that’s hard to describe. If you are standing in front of one of his blowing fields of whipped up hairy frenzies, spiraling in twisted color, you will definitely feel it. You’ll be transported to another world, much bigger or much smaller than the obvious geometry of the one you usually live in.”

That night, I had dinner with my sister at a local restaurant. When it came time for dessert, they offered me a dish of $8 bread pudding. I spent about a half hour arguing with the manager to sell me $4 worth of the bread pudding, at which I was completely unsuccessful. Who pays $8 for last night’s soggy bread with chips and whipped cream?

I eventually got home that night and posted a picture on Facebook of a dumb leaf I shot over the prior weekend. I liked it, I thought it was a beckoning photo, but was a little embarrassed to share it because it was just a dumb stupid leaf. I didn’t know what I liked about it and was surprised to learn that many others saw the beauty in the private unknown of my mundane curiosity; I was shocked actually. 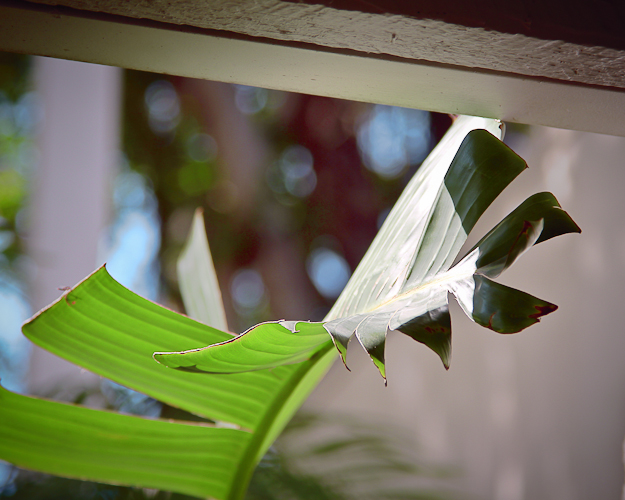 The next day I returned to the mother ship, the huge hospital facility, for a few more hours of  specific processing. When done learning some of the kinds of writing I would be asked to produce, I was ready to leave and returned to my car only to find that it wouldn’t start. For a fleeting paranoid moment, I thought the aliens were putting me to another test! Then, some assembly of grounded reality took control of my thoughts, and developed a less fantastic but not entirely logical theory. Forced to stop the momentum of days turning into weeks, turning into months, years and decades, it occurred to me that this random event of automotive hold, might have special meaning. Rather than curse all cars and rant on about the list of unfortunate events in my life and wanting to add this one to the list, I tend to find the magic in things. Then I realized that I had completely forgotten to show the aliens my arm where they stuck me with the TB needle, like I was supposed to on that day. 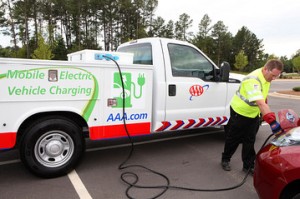 I called AAA for help, an ironic plea after writing that bit of copy earlier in the week, about getting help when you need it, in supermarkets. While waiting for the truck to show up, I got my arm approved by the aliens, which allowed me to pass forward through the next gate. I can’t wait to spew clever copy like, ” Treasure your chest… for Heart Awareness” and show pictures of pirates and treasure chests. Or any number of plays on words to spice up an otherwise serious, life saving, health related topic.

The tow truck showed up and discovered that my battery cable was just loose, they tightened it, checked that my electrical system was working in all other areas and I was on my way. I felt a little dumb that I hadn’t diagnosed the problem myself, but I was too lost in the potential serendipity, to focus comprehensively on the total resolve of my predicament. Plus, I had to hurry home to meet my parents for dinner. In an effort at brevity, lets just say, after that wonderful dinner with my miraculous parents, when it was time to order dessert, I didn’t argue about the price of the key lime pie.

Tomorrow is Friday, which means Saturday is here and we all celebrate my mother’s birthday, she’s 80! The weekend is almost over, which means Monday will be back.

Sometimes I think any given moment, represents every single moment, left in one’s life. A fleeting instance that can go from birth to eight full decades, in the blink of an eye. I think I’m starting to understand the precious nature of time.